Some textiles include small sculptures knitted from the artists hair.

The Pillar of Time

The ‘Pillar of Time ‘ has two calendars private and public which are aligned side by side. The private cycle of a woman (450 gold discs for the cycles in a lifetime) and the public world events spanning from the Cuban missile crisis in 1962 to the global economic crisis in 2008. And so the memory of births, deaths, miscarriages and terminations are positioned with external world events. Some of the public world events here include: 1962 Cuban Missile Crises 1964-1975 Vietnam 1969 Appollo 1978 China Emerging 1983 HIV identified isolated and cultured for research 1989 Berlin Wall 1997 Hong Kong reunified with China 1999 Internet becomes worldwide 2000 Human genome mapped 2001 9.11 2003 War in Iraq Tsunami: 2004 -Asian tsunami, 2011- Fukushima tsunami 2008 Economic Crisis

Using my own DNA as an art material brings a whole new sense of application. For example, selecting one strand it for its tensile quality which can hold the shape and occupy space. Another strand is selected for its elasticity, these qualities speak of enduring strength and resilience throughout history even though most women have been written out of history books and museums. The Hair Skull was originally made for an exhibition called Walls and Borders (Irish Wave 2013).

The Pillar of Time 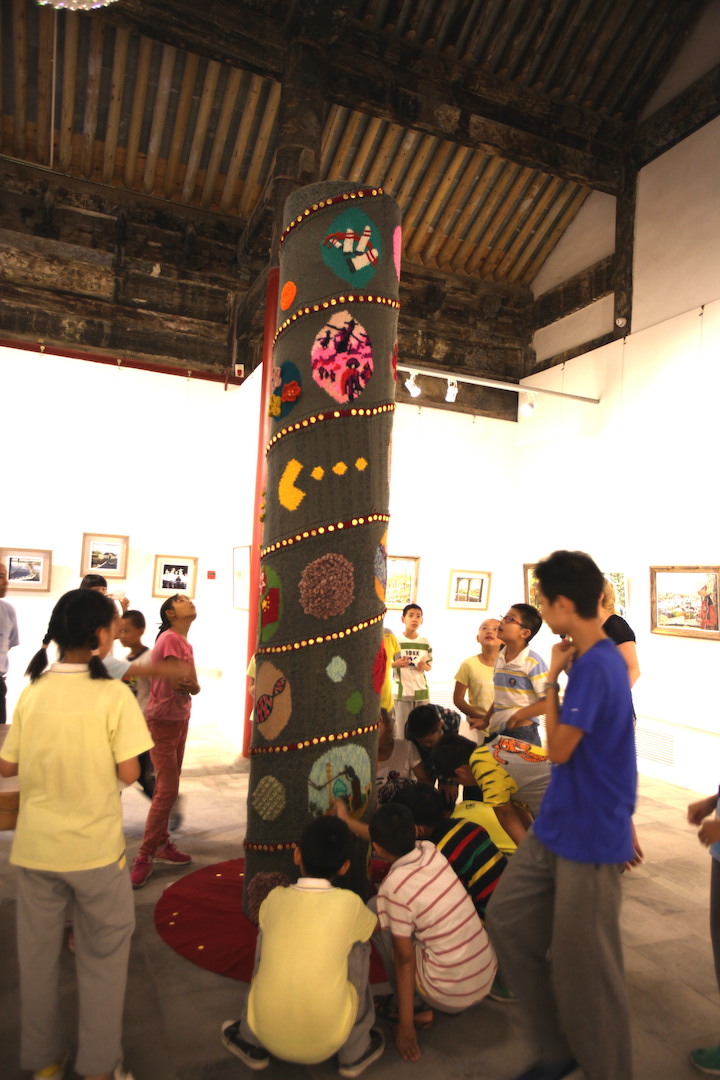 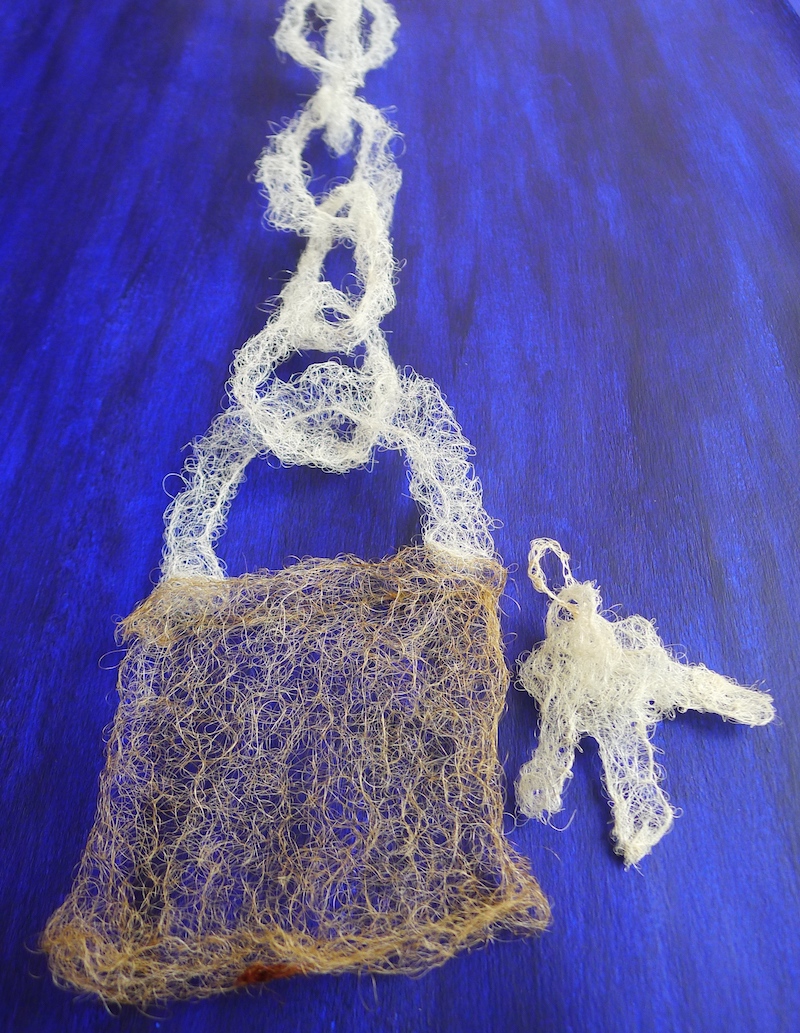 When I was 11 I was a nationalist

made for IRISH WAVE 2016 exhibited at NING gallery 798 , exploring complexities of national identity 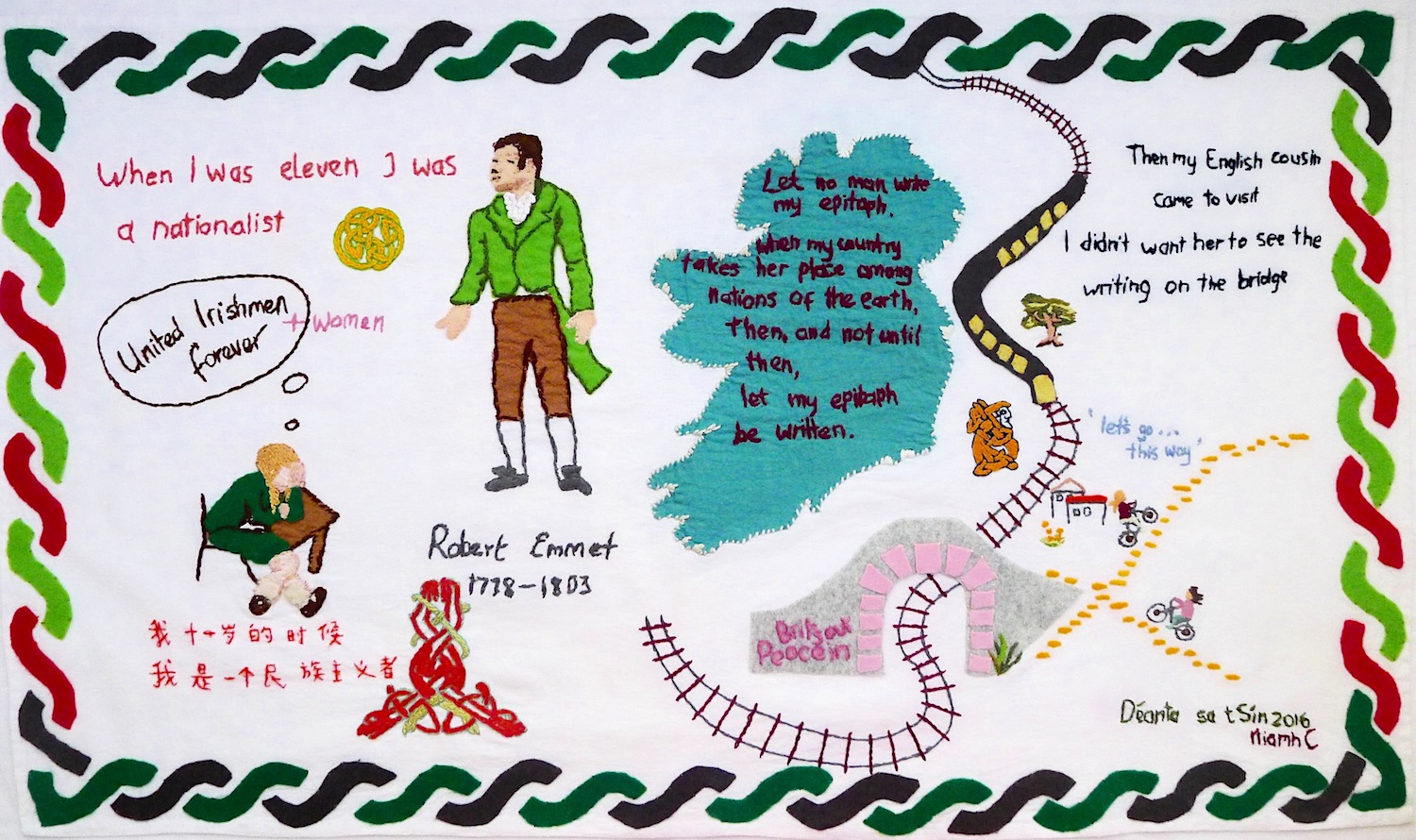 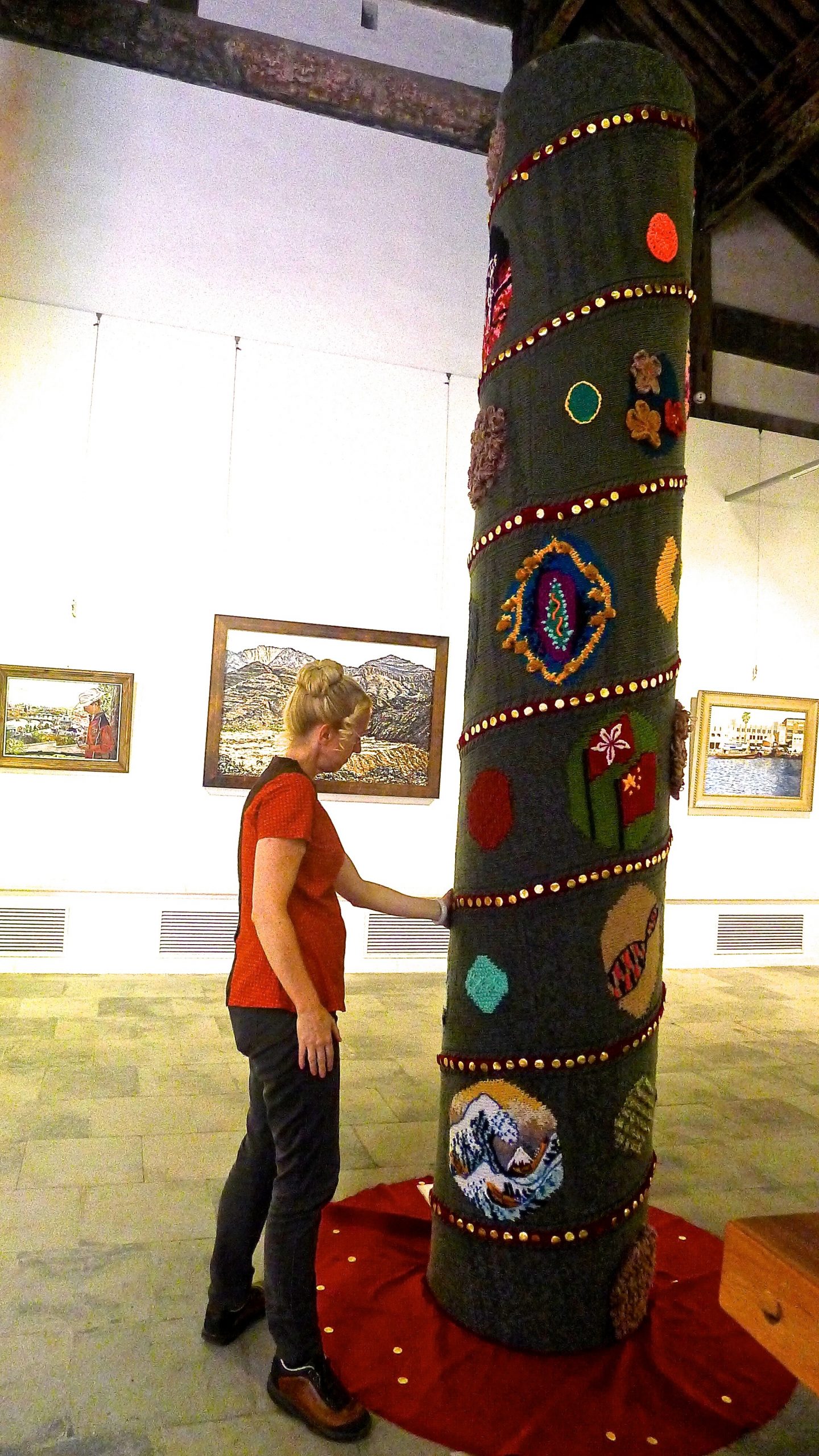