Next week I am going to Art Fair in Gwangju to meet the Leyden Gallery (London) and Nancy Toomey Gallery (California) .

Niamh Cunningham, Fion Gunn and Monika Lin are three artists with international practices, who work across a range of media and who exhibit and curate regularly in China, Europe and the US. They have aroused critical interest and attention and are exhibiting at Art Gwangju 17 for the first time providing an ideal opportunity for South Korean collectors to acquire their recent work.

Claire Cuccio, curator, writes “In a 21st century rendering of any landscape, artists are posed with inevitable challenges of how to portray nature….. Cunningham has set out to transcend these limitations in her own visual production.” While writer, critic and art educator Luise Guest describes how “The rich texture of a restless life appears in her landscape paintings; her interest in humanity and the lives of others imbues her portraits.”

In his 2016 essay on her work, Harry Liu, managing director of ART.ZIP magazine wrote that Gunn “recognises, both in her artistic and her curatorial practice that to focus on humanity itself is the most fundamental and most ambitious theme:” Gunn’s artwork makes a ‘Powerful statement’ Angela Reid – World Wide Review 2013

“Monika Lin’s work has consistently focused on the marginalised, on those absent from the grand narratives of history… In innovative multi-disciplinary bodies of work, underpinned by deep research, she presents us with alternative, hidden histories, and with the voices of those who were expected to be silent.” -Luise Guest, 2017

The three artists whose work is featured by the Leyden Gallery, London (booth 8) and the Nancy Toomey gallery, San Francisco, (booth 26) present a fascinating creative response to current global preoccupations. Theirs is a subtle and light touch which benefits from their deft skills and engagement with materiality.

For many international museums and galleries there has been a growing awareness of the lacuna in their collections created by the underrepresentation of artists who are women. The pressing need to rebalance major collections has led to a surge of interest in women artists whose oeuvre has been neglected. Cunningham, Gunn and Lin are part of this energetic and inspired wave of creatives.

As practitioners who work across widely differing cultures collaborating across media and their work features in high profile corporate and private collections around the world.

Extraordinarily the three artists will all be present at the Leyden Gallery and Nancy Toomey Gallery booths and will run a daily guided tour starting at 3pm.

Leyden Gallery was founded 4 years ago in London and shows work by established artists such as Paula Rego, Wilhelmina Barns-Graham and Henry Moore alongside mid-career and emerging artists. Work commissioned for their inaugural exhibition Fabricate was shown at the Tate Gallery Liverpool in April 2014. Leyden Gallery recently held a Christine Taylor Patten exhibition co-curated by the esteemed feminist art historian Griselda Pollock. Patten’s drawings have since gone on to show at the Istanbul Biennial 2015. There is an on-going programme of stimulating solo-shows, including that of Vivienne Koorland (Soft Heart, Nov 2016), whose work was also recently shown at The Edinburgh Fruitmarket Gallery along with William Kentridge. The dynamic space in East London, hosts regular panel discussions on live issues: erotic censorship, identity, gender and race. Aside from offering regular curated shows of new contemporary work from artists whom they represent, they also curate themed shows and exhibit collections of work from important artists and film-makers. Leyden Gallery is fast becoming known for its imaginative curation and forward-thinking programming of exhibitions and events, and is building a strong reputation in its growing support of emerging artists. http://leydengallery.com/

Nancy Toomey Fine Art is a venue for established and emerging artists whose work exemplifies the innovation of contemporary art while advancing the standards of its quality. Through its exhibitions, the gallery intends to pursue the discussion of what is relevant to the art process today, to encourage the development of artists, and to foster the myriad techniques and concepts that identify the contemporary art market.

Nancy Toomey works with a wide range of clients, from private collectors to large corporations. The gallery was located downtown at 49 Geary Street for eighteen years, and is now celebrating its second year at the Minnesota Street Projects, a new arts destination in SF that opened in March 2016. http://nancytoomeyfineart.com/

Apart from landscape and portraitures, Niamh also exhibits textile installations. This body of work includes two knitted pieces; a 3-metre high ‘Pillar of Time’ and smaller work created from the artist’s hair. “The Hair Lock” was exhibited at the WhiteBox gallery in New York in September 2015. Awarded a residency with the Zhang Jiajie International residency program in Hunan in November 2014, Niamh then received a commission for three large paintings for the Orthopedic Department in Huaxin Hospital which were installed in August 2015. She was also awarded at the Female Nomination exhibition at Da YunTang Art Museum, Wangjing in December 2016.

Cunningham has been actively engaged in cross cultural projects here in China co curating IRISH WAVE exhibitions in Beijing and Shanghai for over 5 years for the Irish festival in China. She was the Beijing Co Curator for the Intimate Transgressions exhibition in October 2015.

Her work has been collected by Emirati royal households (Abu Dhabi) and various institutions, including Dubai Duty Free, Tamani Hotel Marina (Dubai) and the Grosvenor Hotel Dubai. Others include the Dubai Department of Tourism, Trade and Commerce, the Emirates Environmental Group, Irish embassies in Abu Dhabi and Beijing, Pullman Hotels (China) and Wan Liu Properties (Beijing).

Fion Gunn graduated from Crawford College of Art & Design, Ireland in and spent a post-graduate year at the Ecole des Beaux-Arts Supérieure de Nancy, France, she now lives and works in London. She is the first Irish artist to have a public art commission in China (‘Slice of the Land’ – sculpture in stainless steel/fibreglass/stone for the city of Zhangjiakou,) in August 2012. She is represented by ZhongFang Culture & Art Diffusion Co Ltd and Peking Art Associates, both in Beijing and Art W (USA).

Gunn’s diverse practice comprises 2D, 3D/sculpture, installation and curatorial projects which can be viewed at http://www.fiongunn.org/ where her full CV is also available. Her work features in private & corporate and state collections in UK, France, Poland, Ireland, USA & China.

Gunn has exhibited at numerous galleries in Europe, China (including the A.P.T Gallery London, Au Medicis, Paris) and recently at WhiteBox New York. She exhibited in The Painted Thread a major 3 person exhibition in Beijing in September 2016 and curated a collaborative Irish, N.Irish, Chinese & UK exhibition ‘Sailing to Byzantium’ at the Leyden Gallery in 2015.

She is the lead curator for The Intimate Transgressions Project, a touring exhibition supported by the Center for Pacific Asia Affairs (CAPA), which highlights the issue of war and genocide rape. This exhibition has toured in New York, Beijing, Hangzhou and Taipei with significant media coverage and enthusiastic audiences. It will open in Seoul in January 2018 and afterwards in Shanghai. The ethos of the exhibition aims to combine international and local perspectives and Gunn works with a different local curator at each host venue.

Gunn was guest editor for the 2015 Spring Edition of ArtZip Contemporary Art Magazine (bilingual English/Chinese) http://www.artzip.org/ writing on the theme of the artist as curator. She works with a wide network of international artists and has led panel discussions with high profile practitioners such as Shirin Neshat, art critics Eleanor Heartney and writer Luisa Valenzuela (at the Elizabeth A. Sackler Center, Oct 2015).

Many of her projects are based in Beijing and Shanghai where she has exhibited in and curated major exhibitions of Irish & Chinese contemporary art in an annual project called IRISH WAVE (2009-2016). https://www.facebook.com/pages/IRISH-WAVE/183290648486224 Her work is currently on show in ‘On Paper’ an international exhibition curated by Chang Feng at the Ordos Art & Culture Centre, Ordos, Mongolia.

Gunn will exhibit a body of new work in ‘Like an Iceberg’ a major exhibition with Niamh Cunningham in October 2017. She will have a retrospective solo show in London at La Galéria, Piccadilly in October 2018.

Monika Lin was raised bi-coastally in New Jersey and the San Francisco Bay Area. She has lived in Shanghai since 2006. Her work deals primarily with social-political themes based in narrative forms emphasizing cultural constructs, relationality and materiality. Her work is cross-disciplinary, incorporating textual, visual, and social intervention practices.

Lin is a Clinical Assistant Arts Professor in visual arts. She holds an MFA in Art Practice from the School of Visual Arts in New York City and a BFA from Mills College in Oakland, California. She has attended residencies in San Francisco, Jindezhen and Vermont.

Prior to joining NYU Shanghai, Monika taught painting and printmaking at the San Francisco Art Institute and 2-D Design (painting, drawing, and graphics) at the Kansas City Art Institute. In Shanghai she has conducted educational programs at the Power Station of Art, the Minsheng Museum, and the Rock Bund Museum as well as community-, participant-based projects in Shanghai and New York. She is currently working with the Museum of Chinese in America on a collaborative project.

Supported by the Embassy of Ireland in the Republic of Korea 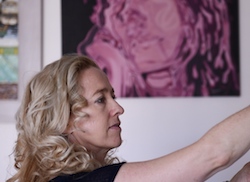 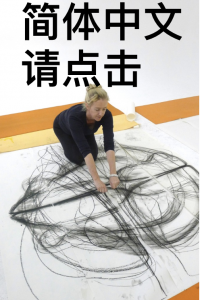 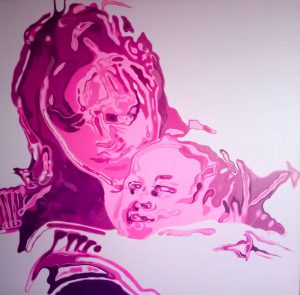 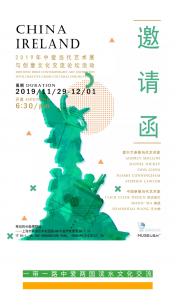 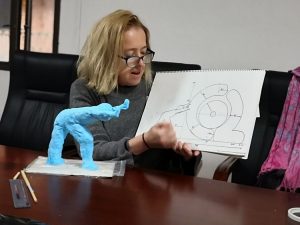 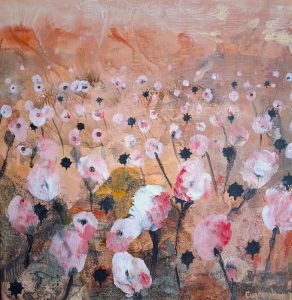 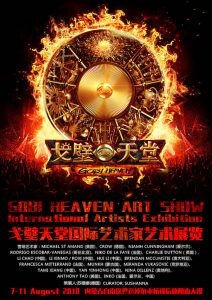 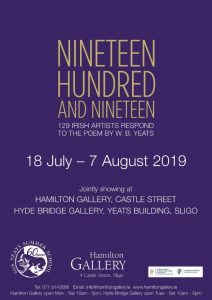 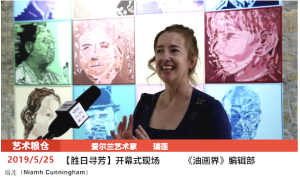 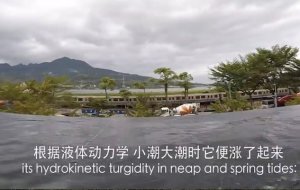 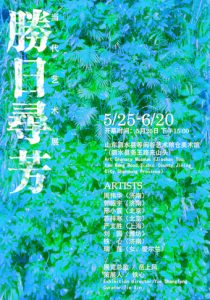 April /May 2019 in Budapest 近期展出匈牙利 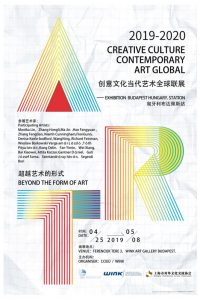 Currently showing in Budapest Aprli- May 2019 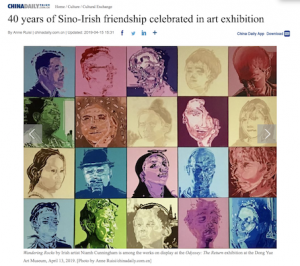 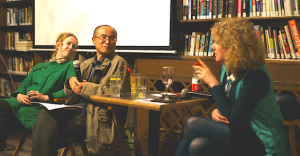 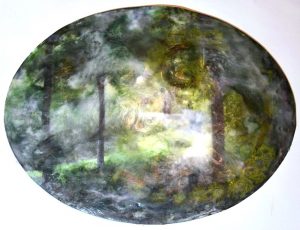 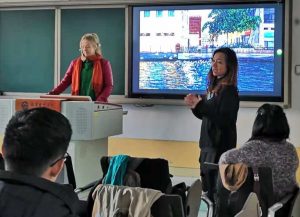 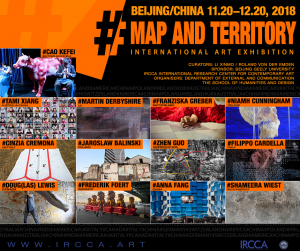 *Beyond the form of Art , Wick Art Centre , Budapest, Hungary may 2019

-.On Paper Supreme made its final exhibition for 2018 in Beijing Songzhuang opening Nov 16th 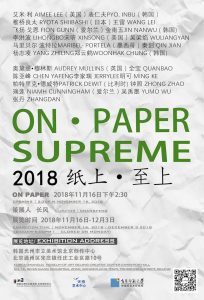 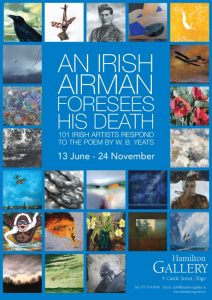 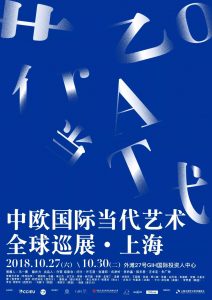 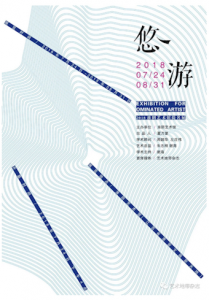 With curator Guo Zhen at the opening of Existence in Changsha , exhibition continues till end of July 2018 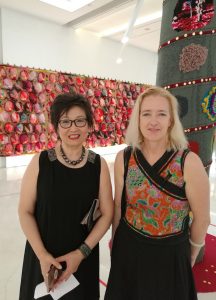 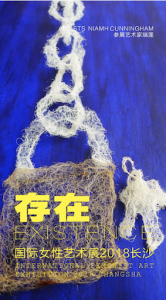 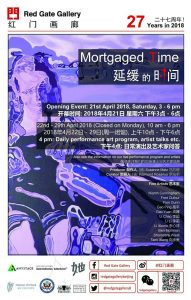 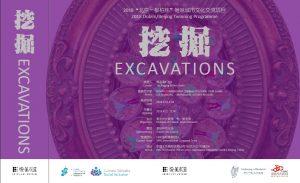 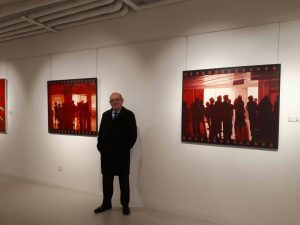 Stay updated with Niamh’s work and her trips around Beijing